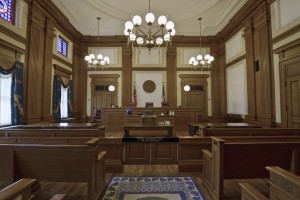 British courts have ordered a payment of £1.5 million ($2.36 million) to a soldier who developed an infection after snoring surgery. The infection caused the man to develop reactive arthritis and he now suffers from chronic pain disorder. As a result, he has spent the last 8 years since his surgery, “effectively a prisoner” in his own home. Worst of all, investigations showed the operation could probably not have cured the man’s snoring.

Richard Downing was a 37-year-old warrant officer in the Army Air Corps when he went into Peterborough Hospital in November 2006 to have surgery to correct snoring. However, after surgery, which made no difference to his snoring, he developed a virulent infection. The infection caused reactive arthritis, swelling of the joints in response to infection. This is because the inflammation part of the immune response becomes overactive and causes tissues unrelated to the joints to swell. This is different from rheumatoid arthritis, in which the immune system actually attacks the joints.

The court was told that Downing would likely have been promoted to major, and after leaving the service he would likely have had a salary of £60,000 ($94,000). Now he is unlikely to ever work again. As a result, the settlement was designed to reflect his lost earnings, his past and future care, the need for supportive equipment and accommodations (he is partially wheelchair-bound). However, the court decided that the hospital was only 63% responsible for the man’s injuries, so it only paid that proportion of his likely losses, which likely total nearly $4 million. And even if he were paid the full amount for his injuries, the judge noted, “Money is never going to compensate adequately for” the loss of his happy life and the prospects for a fulfilling career.

Surgery Should Be Last Resort

Although we should remember that surgical complications like this one are exceedingly rare, we do have to remember that they are possible, and that this is a good reason why surgery should be seen as a treatment of last resort for sleep apnea, and especially for simple snoring. It’s also crucial to make sure that surgery is likely to be effective, as in many cases it is not.

If you are looking for help making decisions about your snoring treatment, please call (402) 493-4175 for an appointment with an Omaha sleep dentist at the Advanced Dental Sleep Treatment Center.