Among the damage caused by sleep apnea is the loss of white matter in the brain. But now there’s good news: new research shows this brain damage may be reversible if sleep apnea is treated. 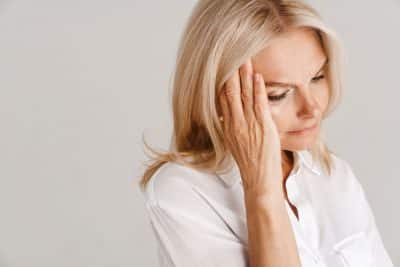 It’s long been known that, along with risks like heart attack and stroke, sleep apnea can cause brain damage. “White matter is extensively affected in [obstructive sleep apnea] patients,” according to a study that used functional magnetic resonance imaging (fMRI) to look at alterations in the way our brains work because of sleep apnea. However, there has long been suspicions that the alterations might be “a mixture of irreversible atrophy and cell death, and non-lethal pathology such as inflammation.”

Now a new study seems to confirm those suspicions and show that brain damage due to sleep apnea is indeed reversible, and along with it the effects of injury seem to go as well. This study started with 17 people who had never been treated for sleep apnea. It evaluated the integrity of their white matter before treatment, after three months of treatment, and after one year of treatment.

Researchers found that before treatment, sleep apnea sufferers had impaired cognitive skills, impaired memory, and depressed mood. They also had diffuse injury to white matter in many areas of the brain.

After three months of treatment, only limited improvement was observed, but after a full year of treatment, researchers noted an almost complete reversal of damage to these areas. People also saw improvement of memory, attention, mood, and quality of life.

Overcoming the Limitations of CPAP

This study, as with many of its type, focused on the use of CPAP treatment to overcome sleep apnea. However, for many people it can be hard to stay on CPAP for a year, especially when people may see only limited benefit from three months of treatment.

To learn about CPAP alternatives that can give you another way to treat sleep apnea, please call (402) 493-4175 for an appointment with an Omaha sleep dentist at the Advanced Dental Sleep Treatment Center.