CPAP May Cause Central Sleep Apnea 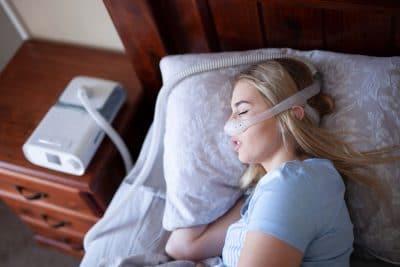 Although CPAP is considered the gold standard of treatment for obstructive sleep apnea (OSA), it has a problem. It may actually cause central sleep apnea (CSA). This is a scientific fact that gets little attention, and, as a result, CPAP patient forums show people doubt its validity. It’s a very real threat, and people have to recognize it.

Unfortunately, we don’t really understand exactly the relationship between CPAP and CSA, although there are several theories.

One of the most commonly repeated theories, especially by CPAP proponents, is that many people had CSA all along, but their OSA was so severe that we never noticed their CSA. When CPAP then resolves OSA, CSA is easy to detect.

Some doctors believe there are only two types of sleep apnea, OSA and CSA, though it’s possible to have both at the same time. Other doctors, though, claim that there is a third type, which resembles both but has its own special condition. Researchers who support this position note that for some people identified as having this third type of apnea, apneic events cannot be reduced below 60 per hour. Other researchers confirm poor CPAP response for patients diagnosed as having this third type of apnea.

Some Patients May Respond to CPAP with CSA

Still other doctors note that CPAP may actually cause CSA in certain patients who have certain risk factors, such as higher apnea counts, previous heart failures, and some other risk factors.

The Best Treatment Is Unknown

With CPAP ineffective, many doctors are unsure what to recommend for treatment of CSA. For help understanding the link between CSA and CPAP contact an Omaha sleep dentist at (402) 493-4175 for the best treatment options.