Disrupted Sleep as Bad as No Sleep 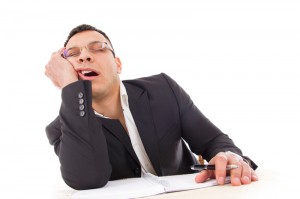 According to research, disrupted sleep has a much bigger impact than the time spent awake would suggest. In the study, subjects lost only one hour of sleep, but actually suffered as though they had lost four hours.

The implications for this shows the major impact that sleep apnea can have on people.

Researchers weren’t trying to model sleep apnea in their study design, which more closely reflects the sleep disruption experienced by new parents or on-call professionals. They subjected 61 volunteers to a routine where they experienced four phone calls through the course of an eight hour overnight sleep and were forced to stay up for 15 minutes before going back to bed.

In the morning, volunteers had their mood, attention span, and energy levels evaluated. They were found to be 24% more confused, 29% more depressed, and 43% more fatigued than when they had gotten a full night’s sleep. Their scores were about the same as a second study in which volunteers were only allowed to sleep for four hours.

The lead researcher described the significance of their findings, “Night wakings could be relatively short–only five to ten minutes–but they disrupt the natural sleep rhythm.” This is true of their study, but it’s even more true for people with sleep apnea. Even people with “mild” sleep apnea may experience over a hundred waking events each night, not just four. Although sleep apnea sufferers may get back to sleep relatively quickly, they still suffer the disruption in their sleep rhythms.

Furthermore, this study only looked at the impact of one night of disrupted sleep. When you consider that sleep apnea disrupts your sleep every night, you can see why it’s making such a big impact on your life, and the potential relief you may feel from sleep apnea treatment.

Don’t continue suffering with sleep apnea–talk to an Omaha sleep dentist . Call (402) 493-4175 today for an appointment at the Advanced Dental Sleep Treatment Center.