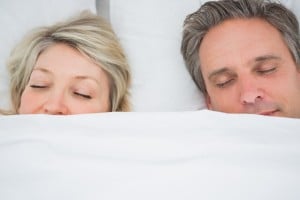 We have a tendency to dismiss dreams as being frivolous and unimportant, but the truth is that that dreams may do so much for us. However, it’s quite likely that dreams perform many useful functions, which is why it’s important that people overcome sleep disorders like sleep apnea to get a full night’s sleep so that they can perform their necessary dreaming.

Here are 5 functions that scientists have hypothesized that dreams may perform (taken from this list of 10 dream theories and elaborated on when necessary), and, although none of them are certain, the possibility that any of them might be true should persuade you to work harder on reaching dreamland every night.

Dreams May Be Your Brain Relocating Memories

Dreams May Be Memory Consolidation

Like the Continual Activation Theory, this theory postulates that your mind works with memories while  you sleep. This theory is based on studies showing that people remember better after they sleep than if they are asked to recall memories without an intervening sleep period.

We know that memories lead to a rewiring of the brain. It’s entirely possible that your brain is undergoing this rewiring process during sleep, and, as a result you may experience phenomena associated with the rewiring.

A Finnish researcher proposed that the content of dreams doesn’t seem as random as theories that explain it as a mere byproduct might suggest. Instead, he proposes that dreams are actually a kind of threat simulation that allow us to study threatening events and provides us with a better response when these events actually occur. I would expand this more generally to a life rehearsal theory, since so many dream subjects are not necessarily threatening.

Scientific research on this theory seems largely to support it, however. An assessment of more than 200 consecutive dreams showed that about two-thirds had events that were threatening to one’s life or reproductive success, and when threatened people tended to take defensive actions. However, only about 15% of the dreams depicted realistic and probable situations. And the fact that traumatized children tended to report more threat dreams may also be reflective of a memory role in dreaming as a threat simulation role.

Others also suggest that “threat simulation” may be more generally interpreted as a problem-solving mechanism. Numerous inventors and artists report that their work came to them in a dream. In addition, when people are asked to think about a problem before going to bed, about half of them feel they dream about their problem–and its solution. Not very strong evidence, but suggestive.

In a less conscious mechanism that may nonetheless be useful, some researchers have proposed that in our dreams, our thoughts are able to change into patterns not available when we are conscious. This allows us to generate new combinations of ideas, which may explain why the threat simulation theory and problem-solving theory both show poor correlation overall, even though they do have some level of success.

This theory, called the Contemporary Theory of Dreaming, takes some of the possibilities of threat simulation, problem-solving, and memory writing, and incorporates them in an emotionally-mediated context. Thus, the brain is considered to be making and unmaking connections during dreaming in a way that is mediated by the brain’s dominant emotions. The stronger the emotions, the more controlled the dreams.

You Need to Dream

Whatever the true purpose (or purposes) of dreams, we know that sleep, and especially REM sleep, performs an essential role in maintaining your physical and psychological health. If you are unable to reach these deeper, restorative levels of sleep because of sleep apnea or your partner’s snoring, you will suffer as a result.

At the Advanced Dental Sleep Treatment Center in Omaha, Nebraska, we can help you overcome your sleep apnea or snoring problem so that you and your partner can both get the restorative sleep you need. Please contact us today to schedule an appointment.