Drowsy driving can be as bad as drunk driving. In fact, a person who is drowsy behind the wheel as a result of sleep apnea can have an impairment level similar to that of a drunk driver. However, only one state in the country (New Jersey) has a law specifically against drowsy driving.

But that doesn’t mean–in most cases–that you can get away without facing criminal charges for drowsy driving. Instead, you’ll likely face serious penalties related a drowsy driving accident. 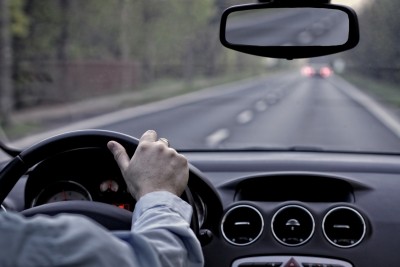 Being sleep deprived can be as bad for your reaction time and judgement as being drunk. A person who has been up for 18 hours has a similar level of impairment to a person with a blood alcohol level of 0.05%. This is higher than the legal limit for any driver under 21, and all commercial license holders.

A person who has been up for 24 hours straight has an impairment level similar to that of a person with a blood alcohol level of 0.10%, which is higher than the legal limit in all states.

Chronic sleep deprivation is harder to gauge in a straight comparison with alcohol consumption, but over time a lack of sleep can lead to the same effects, resulting in impaired reaction time, steering deviation, and even falling asleep behind the wheel.

As a result, in New Jersey drowsy driving is treated the same as drunk driving.

But what about in other states without specific laws related to drowsy driving? In a recent survey, all but two states said that a drowsy driver would be subject to criminal charges if their drowsy driving caused them to be involved in an accident, even if there were no fatality.

Charges associated with drowsy driving ranged from moving violation to reckless driving, depending on the state and the nature of the accident.

In Nebraska, the charge could be either careless or reckless driving, depending on the nature of the accident and the extent to which a person was drowsy behind the wheel.

The only states that said you wouldn’t face criminal charges for drowsy driving were Iowa and Maine.

Are you noticing that you are feeling sleepy during the day, especially when you are driving, even when you get a full night’s sleep? If so, you may have sleep apnea, which is robbing you of sleep, even if you spend hours in bed and think you’re sleeping.

It’s best to get yourself evaluated before you find out firsthand how hard the law can be on a person who drives drowsy.

To learn more about sleep apnea diagnosis and treatment, please call (402) 493-4175 for an appointment with an Omaha sleep dentist at the Advanced Dental Sleep Treatment Center.