This can be a major problem for people who have sleep apnea. People with sleep apnea may think they are getting enough sleep at night, but even relatively mild sleep apnea can put you into a dangerously drowsy state. 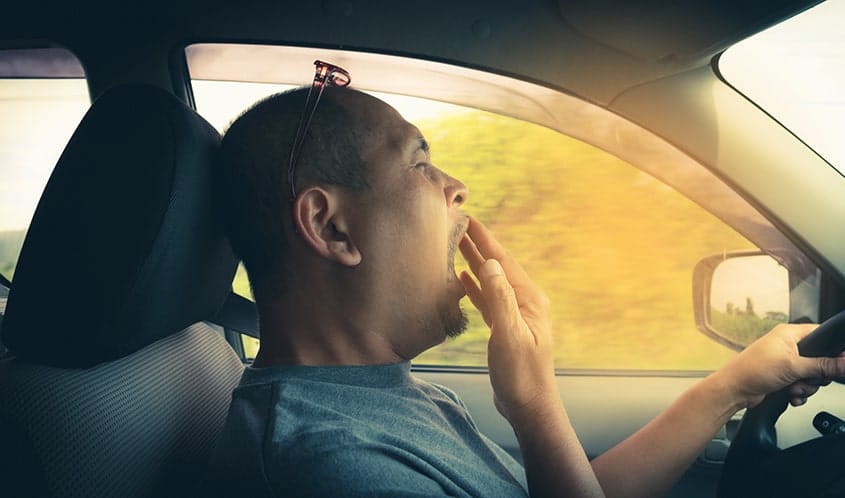 For this study, researchers looked at a selection of 6845 drivers who were involved in a “representative sample” of crashes that the US Department of Transportation investigated from 2005 to 2007. They looked at the self-reported amount of sleep drivers received in the 24 hours before the accident and compared that with the likelihood that the driver was found to be at-fault for the accident.

It wasn’t just low sleep that increased risk of culpability. Drivers who had changed their sleep schedule, normally felt drowsy when they woke up, and those who had been driving three or more hours at the time of the accidents were also more likely to be at fault for accidents.

It’s Only a Matter of Time

This report should serve as a wake-up call for anyone who routinely drives drowsy. If you haven’t been involved in an accident, then it’s only a matter of time until it happens. You might think that your driving isn’t affected by low sleep, but it is.

If you know you are getting short sleep, it’s time to make sleep a priority so you can keep yourself, your family, and other drivers safe when you are on the road.

But if you think you’re getting enough sleep and are still drowsy when driving, you may have a different problem and an important new priority: getting tested for sleep apnea. Sleep apnea can make you drowsy during the day and has been associated with a fivefold higher risk of car accidents.

To learn more about how sleep apnea treatment can save you on the road, please call (402) 493-4175 today for an appointment with an Omaha sleep dentist at the Advanced Dental Sleep Treatment Center.