Is Snoring a Disability?

There are many conditions that could be considered a disability, so many, in fact, that the Americans with Disabilities Act (ADA) doesn’t list them. Instead, it simply gives a definition:

The term “disability” means, with respect to an individual—

The ADA also states that employers have to provide reasonable accommodations for individuals with disabilities so that these individuals can be productive members of society.

Snoring is not commonly considered a disability, but a recent lawsuit shows how it could be. 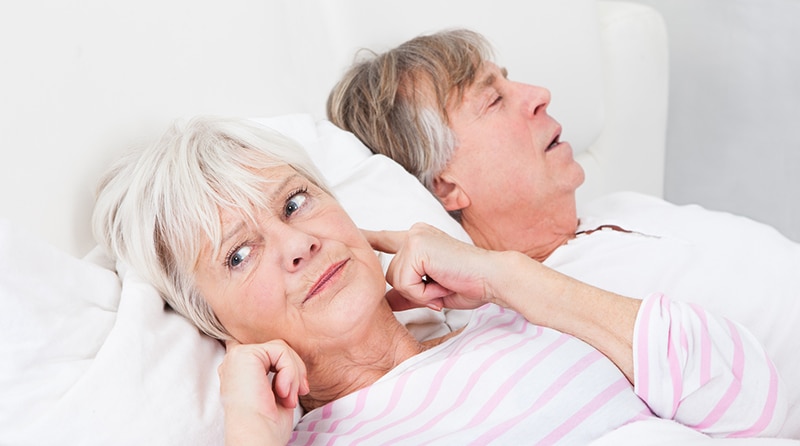 A Pilot in Training

During the training cycle, a pilot stated that he didn’t want to share a room with anyone during training because of his snoring. There are many reasons why this could be the case. For example, the pilot might not have wanted to disturb other pilots. He might also have worried that the other pilot would wake him up because of his snoring. Or perhaps he feared that he would gain stigma as a snorer, which can be quite bad.

However, when he made the request for a separate accommodation, the airline denied it. When the request was denied, the pilot said his employment was effectively terminated. The pilot then filed a lawsuit, not claiming violation of the federal ADA, but claiming protection under a more local statute, the Florida Civil Rights Act of 1992.

Does Snoring Meet the Test of Disability?

The question about snoring as disability has to be considered from the standpoint of the definition, which calls for substantial limitation of “major life activities.” Although the ADA typically lists more active activities, sleep is one of the most important things we do all day, so it has to be considered as a major life activity. But how much interference is snoring?

If snoring is a sign of sleep apnea, then you are definitely having major interference with your sleep. If you’re having to wake up dozens of times an hour, you’re not getting good sleep. And there are additional issues surrounding pilots with sleep apnea.

But what about snoring itself? As we’ve noted before, even if you don’t have sleep apnea, snoring is a sign that you’re not getting enough oxygen while you sleep, and that can significantly impact your sleep. You may also be waking up regularly because of your snoring, even if you don’t know it.

So, it’s possible that snoring could be considered a disability, but in order to get consideration under the ADA or other legislation, you have to try to treat your condition and find a reasonable treatment. Whether your snoring constitutes a disability  would be determined at that point.

If you are looking for treatment of snoring or sleep apnea, please call (402) 493-4175 for an appointment with a sleep dentist at the Advanced Dental Sleep Treatment Center.