If you’ve ever spent a morning arguing with your spouse about which spoon goes in the sugar bowl or who was supposed to set the coffeemaker last night, you’re familiar with the explanation that the cause of most fights among couples is “Nothing.” Most fights aren’t about anything significant, and certainly not anything as important as your love for one another.

We’ve talked about it before: poor sleep quality makes people irrational, leading to more fights among couples. But now researchers have pinpointed why this is. When people are sleep-deprived, they lose the ability to distinguish between emotional and non-emotional stimuli. 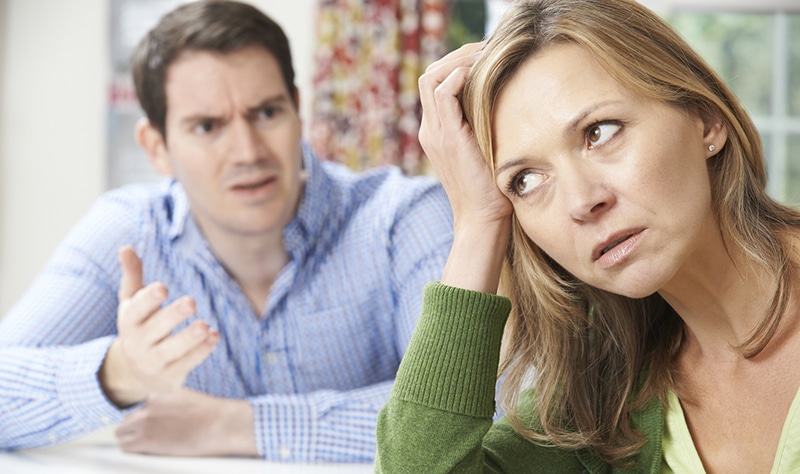 To look at the impact of sleep deprivation on emotional processing, researchers made 18 adults stay up all night, then asked them to perform simple tasks, such as watching a yellow dot on a screen and telling which direction it was moving. While they were watching the dot, pictures would appear on the screen behind, depicting either emotional stimuli (including positive stimuli like kittens, puppies, and couples kissing or negative stimuli like snakes or mutilated bodies) or neutral stimuli (cows, spoons, and everyday objects).

Then researchers used functional Magnetic Resonance Imaging (fMRI) to explore why this was. They found that the region of the brain that is supposed to regulate emotions, the anterior cingulate cortex (ACC), didn’t work properly when people were sleep-deprived.

All Your Fights Are about Snoring

This study gives us a powerful hint that when snoring or sleep apnea is depriving one or both parties of sleep, then all fights are really about snoring, even if they seem to be about nothing or something else entirely. That’s because sleep deprivation is making it impossible for one or both partners to avoid getting emotional about anything and everything.

In order to stop the irrational fighting and uncontrollably escalating emotions, it’s crucial that you start getting the sleep your brain needs to function properly.

If you are tired of having your sleep impacted by snoring or sleep apnea, please call (402) 493-4175 for an appointment with an Omaha sleep dentist at the Advanced Dental Sleep Treatment Center.