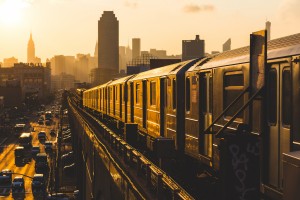 Metro North Railroad, the company responsible for a fatal train derailment blamed on sleep apnea, has announced that it will start a pilot program for screening its engineers for the condition.

All Engineers to Be Screened

The new sleep apnea screening program will screen the company’s 410 engineers and approximately 20 engineers in training. They will undergo a basic physical at the company’s medical facility. If the physical indicates they may be at risk for sleep apnea, they will be referred to Persante Health Care–which specializes in sleep disorders–for additional testing, including at-home sleep tests.

Engineers may be referred for additional testing if necessary.

If successful, the program may be expanded to Long Island Railroad and New York City Transit.

The initial contract for the screening program is up to $200,000 for a 7-month program. This is likely an initial setup cost, and likely future periods will be less expensive. However, even if the program costs this much to maintain, the benefits are likely to far exceed the costs.

Consider, for example, that the Federal Motor Carrier Safety Administration estimates that the cost of each person killed in a fatal accident (including lost productivity, medical costs, and more) is about $ 5.3 million. With four people killed in the Bronx derailment, and about $9 million in property damage, this screening program will only have to prevent one such crash every 40 years to prove its effectiveness. And if Metro North runs its own medical program, it will likely see the same amazing benefits that Union Pacific saw when it started getting sleep apnea treatment for its employees.

We can only hope that more employers will recognize the benefits of this type of screening program and implement them for their employees.

If you want to learn more about sleep apnea screening and treatment, please call (402) 493-4175 for an appointment with an Omaha sleep dentist at the Advanced Dental Sleep Treatment Center.