Mouth Taping: What You Need to Know Before Trying This Snoring Solution 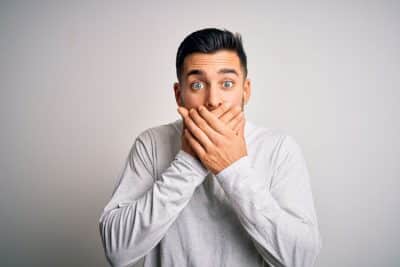 Mouth taping is an at-home snoring solution that we recommend to some people. But there are some things to be aware of before you try it. First, always speak to a sleep dentist before trying anything new. While we sometimes recommend this solution, it’s not suitable for everyone. Trying it on your own can keep you from seeking professional help for what might be a very serious problem.

Here’s what you need to know about this way to combat snoring at home.

It Works for Some, but Not Everyone

There is evidence that mouth taping impacts a person’s ability to sleep more quietly.

The primary evidence for the approach’s effectiveness comes from a single small study from 2015.

It Won’t Work for All Snoring

It’s important to note that this is not a solution that works for all snoring. Snoring can come from many potential sources in your airway. Some people are nasal snorers. Others might snore because of their soft palate or tongue, whether they breathe through their nose or mouth.

This is one of the reasons why it’s so important to speak to your sleep dentist before trying this snoring solution. We’ll be able to tell you where your snoring is originating and if mouth taping is a viable option for you.

Make Sure You Can Breathe Through Your Nose First

Mouth taping is a solution to stop mouth breathing. It is fairly effective at doing that. However, before you try mouth taping, it’s essential to make sure you can effectively breathe through your nose.

Talk to a doctor about your ability to breathe through your nose before you try mouth taping.

One common mistake people make about mouth taping is just trying any tape around the house. Most tape is not strong enough to effectively hold your mouth closed while sleeping.

Other household tapes can irritate your skin or cause allergic reactions, especially when applied overnight.

If you are going to try mouth taping, get a suitable tape for the purpose.

It’s Not a Sleep Apnea Treatment

Talk to a doctor or sleep dentist before trying mouth taping to ensure you do not have sleep apnea.

Snoring is a symptom of sleep apnea, not the cause. If you treat your snoring caused by sleep apnea with mouth taping, you might make your apneic episodes worse. You’ll have more challenging days and more severe consequences with less sleep at night.

If you have sleep apnea, it’s essential to get it treated. Otherwise, you are still at risk for all the dangers associated with sleep apnea, including cardiovascular problems, dementia, accidents, mood disorders, and more.

Get tested for sleep apnea before you decide to try mouth taping.

What If Mouth Taping Won’t Work for You?

If we determine that mouth taping isn’t the best snoring treatment for you, don’t worry, we have another solution. An oral appliance is a sleek, mouthguard-like appliance that you wear when you sleep. It holds your jaw in a position where your soft tissues don’t block any part of your airway.

Get Effective Snoring Treatment in Omaha

If you are a snorer or are trying to sleep in the same room (or house) as one, get a snoring treatment that’s proven to work. Sleep dentist Dr. Melissa Sheets can analyze your snoring to determine if an oral appliance will work for you. Then she can fit you with a custom appliance that will reduce or eliminate your snoring.

Please call (402) 403-4448 or use our online contact form to request an appointment at the Advanced Dental Sleep Treatment Center in Omaha.