As federal regulations are requiring closer monitoring of truckers at risk for sleep apnea, many of them are expressing their frustration with the process. Not only are their irritated by the requirements for testing, but many of them are upset with having to wear their CPAP machine. They are irritated by the device and claim it doesn’t help. Oral appliances could help many of these truckers, and, now that oral appliances can be equipped to monitor use, there’s no reason why they shouldn’t be used. 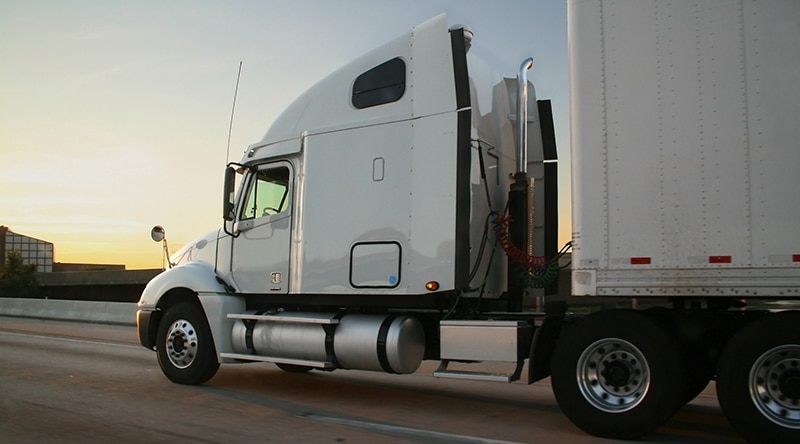 A newspaper article out of Fargo, North Dakota focuses on the difficulties truckers are facing as a result of increased sleep apnea screening requirements. One of the concerns is that too many people are being sent for sleep tests. The suspicion is that medical examiners are sending truckers to be tested simply because of their neck size. Of course, since doctors can’t observe a trucker sleeping and many of the symptoms of sleep apnea aren’t visible to the doctor, they might be working with what they have.

With the large numbers of drivers being sent for screening, trucking companies are irritated by the cost, which can be up to $3000 per test.

However, it’s the ineffectiveness of treatment that is the most serious complaint. The article tells the story of a driver who complains about his CPAP mask, which he says is uncomfortable and doesn’t even work. He claims that many drivers will likely get less sleep wearing their CPAP masks than they did before. As a result, this policy won’t achieve its key goal: to reduce truck driver sleepiness on the road.

The article notes, though, that some trucking companies, and their drivers, are happier with the testing. Many of the drivers are finding CPAP effective and they are happier and healthier.

CPAP is a reasonable treatment, and it’s very effective for the right candidates. However, not everyone is able to adapt to the mechanism. For these people, we need another option that will help those who don’t like CPAP.

Oral appliances offer that alternative, but it wasn’t allowed for truckers because of the simple fact that there was no way to monitor whether it was being used or not. And if it wasn’t being used, then it couldn’t help at all.

But now oral appliances can transmit usage data, allowing for comprehensive monitoring. With this technology in place, federal regulations like those for truckers should be expanded to allow the use of oral appliances by people who don’t adapt to CPAP.

In the meantime, many people can still benefit from oral appliances. If you want to learn whether this is the right sleep apnea treatment for you, please call (402) 493-4175 for an appointment with an Omaha sleep dentist at the Advanced Dental Sleep Treatment Center.