Linked to numerous health problems, sleep apnea has shown the power to make our lives shorter. Now, a new study suggests it also has the ability to end them quickly. 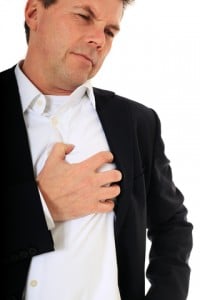 Research based on data from the Mayo Clinic Sleep Disorders Centers indicates that sleep apneics are more susceptible to fatal cardiac arrest. Published in the Journal of the American College of Cardiology, the study involved more than 10,000 participants who had been involved in sleep studies at some point. After tracking the subjects for about half a decade, the researchers pinpointed a significant link between sudden, fatal heart attacks and obstructive sleep apnea. The correlation was especially noticeable in participants who suffered at least 20 breathing cessations per night. According to researchers, this is probably because their blood oxygen levels drop so frequently.

When most people think about OSA, they usually imagine restless nights, daytime fatigue and snoring. Although these symptoms are related to this disorder; they are just the beginning. A mountain of research has linked sleep apnea to countless long-term medical conditions, such as dementia, diabetes and cancer. Now, research indicates that OSA has the ability to end a person’s life much faster than once thought.

Reach Out for Help

If you suffer from OSA, you are at risk for deadly health problems that can take your life. Studies clearly show that this serious disorder can kill. Fortunately, you can escape these deadly health risks by seeking a reliable treatment for OSA.

Our Omaha sleep dentists provide patients with an effective treatment for sleep apnea in the form of an oral sleep appliance, which adjusts the jaw to create a clear airway. To learn more about this quiet comfortable sleep apnea remedy, contact our office today.