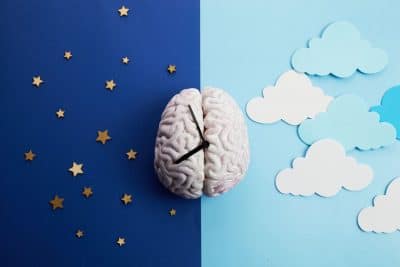 However, the American Academy of Sleep Medicine (AASM) didn’t cheer. For years, AASM campaigned to eliminate the biannual time changes, but they wanted to establish permanent standard time instead, as being healthier and overall better for people.

The Trouble with Time Changes

Time changes are hard on the body. An important part of getting quality sleep is maintaining a regular sleep schedule. When switching to daylight saving time, the body is forced to make a significant adjustment.

Part of the change is that light is a powerful external cue to the body’s circadian rhythm. You know this when you suddenly have trouble waking up on the Monday following the spring forward. You likely feel more groggy and have a harder time getting going in the morning. Among the impacts of the resulting grogginess is a higher traffic accident rate: a 16% higher accident rate on the first day following the change and a 12% increase on the second day following. Overall, this may result in a 6% increase in fatal traffic accidents. Most of the accident risk is in the mornings. The effects of the time change can increase the impact of sleep apnea, increasing a person’s risk of accidents still further.

However, the impact affects the body on a cellular level. This can lead to serious health consequences, especially cardiovascular problems. We experience higher blood pressure after the transition. People are more likely to experience heart attacks and strokes. People are also more likely to go to the hospital because of atrial fibrillation.

At the very least, AASM believes that the Senate erred in not allowing adequate time for discussion and debate. In 2021, AASM requested a Senate hearing on the debate over daylight saving time, which was ultimately held on March 9 of this year. However, this hearing only allowed for minimal presentation of evidence and almost no debate. Instead, the bill making daylight saving time permanent passed by unanimous consent, which was almost certainly a mistake.

After the vote, many Senators complained that they didn’t know the vote was taking place. The vote was bumped to Tuesday, March 15, to allow Senator Wicker to block the bill when it came up for unanimous content. However, he declined to make that objection, saying that he was “more interested in fighting other battles.” No one else raised a complaint and the bill passed.

Although this new arrangement would eliminate the problem of switching clocks twice a year, it wouldn’t be optimal. As AASM explained, daylight saving time is not as good for people as standard time.

The US briefly tried full-time daylight saving time in response to the oil embargo by the Organization of the Petroleum Exporting Countries (OPEC). During this experiment, fatalities increased among school children between January and April, likely because the kids were heading to school in the dark. AASM also notes that daylight saving time may be less aligned with the human circadian rhythm. The effect of having more darkness in the morning and more light at night makes people want to shift their rhythms later in the day, leading people to feel that they are constantly misaligned with natural rhythms of the world. This could lead to chronic sleep loss.

AASM describes the phenomenon of social jet lag, where people’s circadian rhythms don’t correlate to the scheduled demands of work and school. This could potentially lead to an increased risk of obesity, cardiovascular disease, and depression. This effect would be worse for areas in the western part of the time zone, such as Omaha and the rest of Nebraska that’s in the Central Time Zone.

Because these effects were so strong–and the proposed energy savings nonexistent–Congress eliminated permanent daylight saving time after just one winter. AASM hopes we don’t make the same mistake. Instead, the House might adopt a bill favoring permanent standard time, which the Senate might approve during the reconciliation process.

Healthy Sleep All Year Round

Whether Congress decides to adopt daylight saving time, standard time, or maintain the current procedure of changing our clocks, it’s important to ensure you get the best sleep possible. You will not be able to get that sleep as long as sleep apnea keeps robbing you of rest every night.

If your daytime sleepiness from the time change still hasn’t resolved, perhaps sleep apnea is the real reason you’re so tired. Let a sleep dentist at the Advanced Dental Sleep Treatment Center help. Please call (402) 493-4175 or use our online form to request an appointment at our office in Omaha.