Sleep Apnea after Stroke Is Associated with Stroke Recurrence

We’ve said it before: it’s not too late to get your sleep apnea treated after you’ve had a stroke. In fact, new research suggests that the stakes may be even higher after your first stroke.

That’s because new research suggests that sleep apnea can significantly increase your risk of having a second stroke, especially if you’re Mexican-American. 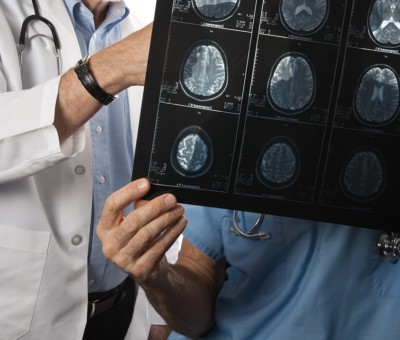 This new data was presented at the American Stroke Association’s International Stroke Conference 2018. It was based on data from the Brain Attack Surveillance study in Corpus Christi. This gives it a relatively large population that is also ethnically diverse. The study population had a median age of 65, was 53% male, 58% Mexican-American, and 34% non-Hispanic white. The population had suffered an ischemic stroke between 2010-2015.

Subjects were monitored using portable sleep devices. The study showed that the population had a median apnea/hypopnea index (AHI) of 14, with 63% having an AHI of 10 or more.

This population did not fare well during follow-up, a median period of 584 days. During this time, 10.7% of the population experienced another stroke, and 14.8% died. Each point of AHI [was associated with a 9% increase in recurrent stroke or death rate.

The study also showed that Mexican-American ethnicity was associated with a 1.7 times higher risk in additional stroke or death.

This study is a wake-up call to physicians, stroke survivors, and their families. If you have had a stroke, one of the most important things you can do to ensure you recover and survive is to get yourself tested for sleep apnea and treat your sleep apnea. The benefits of sleep apnea treatment go beyond avoiding stroke recurrence. They include faster recovery and improved function.

After a stroke, many people may have developed central sleep apnea, which may require CPAP or other approaches to treat. However, even if a person has mixed sleep apnea, oral appliances are often a valuable treatment option. Since a person’s AHI is directly linked to their risk of recurrent stroke and death, even a reduction in AHI is valuable. And for many people, oral appliances work as well as CPAP, better even because they’re more likely to use an oral appliance.

If you or a loved one is trying to recover from a stroke, it’s important to talk to a doctor about all your sleep apnea treatment options so you can find the one that is best suited to recovery needs. To learn more about treatment options in Omaha, please call (402) 493-4175 today for an appointment with a sleep dentist at the Advanced Dental Sleep Treatment Center.