Sleep Difficulties after Fractures Are Psychological

After an acute fracture, such as a broken arm, leg, ankle, or wrist, people often have difficulty sleeping for months or even a year later. Now a study suggests that these sleep disturbances are not associated with the physical injury, but with psychological effects surrounding the injury. 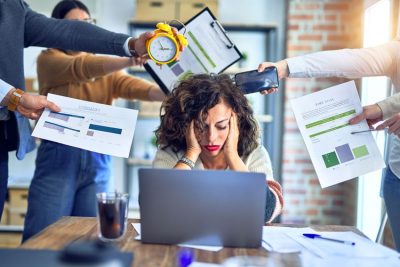 Determining the Cause of Sleep Difficulties

In this study, researchers looked at nearly 1100 patients with fractures in their shoulder, wrist, ankle, or shin. They surveyed these patients about their emotional status and sleep status, and evaluated their functional recovery at three, six, and 12 months after treatment.

They found that sleep difficulty was independently associated with poor emotional status, but didn’t correlate with poor functional status.

Injuries Can Lead to Sleep Difficulties

Although in this case, the injuries reported did not in and of themselves seem to be responsible for sleeping difficulties, there are many injuries that can result in sleep apnea and other sleep problems. Brain injury can lead to an increased risk of sleep apnea. It can lead to both central and obstructive sleep apnea. Spine injury has also been shown to lead to sleep apnea.

Sleep apnea can also lead to mood problems, which researchers did not look at in this case. People with weight gain due to forced inactivity after an injury can experience sleep apnea, which can contribute to depression and other psychological effects.

If you are experiencing sleeping difficulties after an injury, it’s important to be evaluated for sleep apnea to make sure you are not missing a serious condition that can impact your recovery. For help getting a diagnosis from a physician, please call 402-493-4175 to make an appointment at the Advanced Dental Sleep Therapy Center in Omaha today.