Sleep deprivation can have a big impact on various aspects of our lives. When we’re tired, we often struggle to perform at work. We also tend to have difficulties meeting the expectations of our partners, who may become resentful in return. 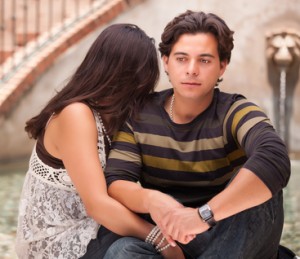 A study out of University of California, Berkeley, suggests that sleep deprivation can have a negative impact on our relationships. According to researchers, when one partner experiences insufficient sleep, he or she tends to neglect the other partner in ways that lead to negative feelings.

In conducting their study, the UC Berkeley researchers recruited 60 couples between the ages of 18 and 56. The participants kept journals to record their sleeping habits and the way they felt about their partners on any given day. Ultimately, the research showed a correlation between poor sleep and feelings of negativity between mates. The researchers even took things a step further by videotaping couples while they worked together to perform problem-solving tasks. Interestingly, subjects who slept poorly showed less appreciate for their partners during these experiments, indicating that sleep deprivation may impair a person’s ability to satisfy his or her partner’s needs.

What it Means for Sleep Apneics

Because breathing disruptions cause them to awaken frequently throughout the night, sleep apneics are especially vulnerable to the negative effects associated with insufficient sleep. According to this recent study, this may include relationship difficulties that could lead to marital strife. Just as serious, inadequate sleep has been linked to some serious long-term health problems, such as cardiovascular disease, cancer and more.

If you suffer from sleep apnea, it’s time to reach out for help. We can provide an effective sleep apnea treatment that can stop the breathing abnormalities which lead to frequent waking. If you’re desperate to get a full night’s sleep on a consistent basis, contact our office today.