Snoring Gets Murderer out of Jail

It’s hard to find up sides to snoring, but how’s about this for a silver lining: a convicted murderer in South Africa was granted bail because of his snoring. It seems he was afraid that his snoring would lead the other inmates to attack him, and apparently the judge agreed. 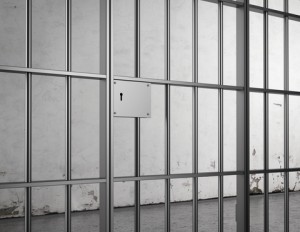 The man making the unusual appeal is Priyen Naidu, who was convicted in the murder of a 32-year-old businessman and his 27-year-old nephew. The bodies were discovered in the trunk of the businessman’s car. Both Naidu and his alleged accomplice were convicted on the evidence and sentenced to life in prison.

Naidu’s appeal depended in part on the claim that his snoring put his life in constant jeopardy. As he put it in his affidavit, “impatient and violent” inmates would not be patient with his snoring. Instead, they would likely attack him to stop his snoring. But the usual angry slap to awaken a snorer would be much more devastating for Naidu. Naidu has hemangioma, a condition that causes malformation of the face. This malformation leads to large veins and arteries very near the surface on one side of his face. These could be vulnerable if Naidu was hit too hard, causing one of the blood vessels to break and leading to serious bleeding and even death.

The judge bought the description of risk and allowed the man out on bail with a deposit of R 75,000 (about $6200) pending his bail hearing.

In the meantime, he is not allowed to visit any international port of departure or leave the province without the consent of the court, and has to report in three times a week.

Don’t Put Yourself at Risk of Violence

You don’t have to be in prison to be at risk of violence because of your snoring. Many otherwise calm and even loving people can become “impatient and violent” in response to constant snoring.

To get an effective, customized snoring treatment, please call (402) 493-4175 for an appointment with a sleep dentist at the Advanced Dental Sleep Treatment Center.