We bring it up often when we talk about the risks of snoring: snoring is a common factor leading to domestic violence. The results can be serious, both for the attacker and the attacked, as is the case for a couple in Scotland, where a wife’s snoring (yes, women are snorers, too) led her husband to attack her repeatedly, including with a guitar. 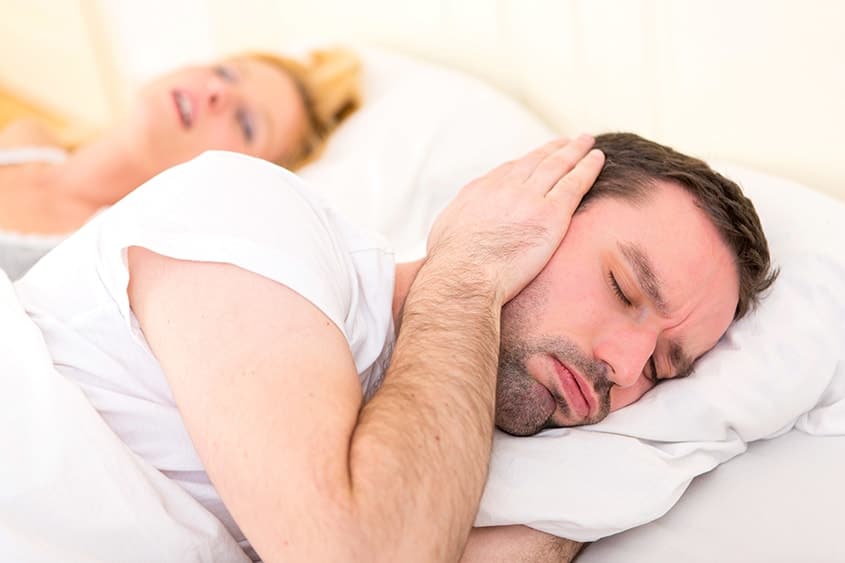 Separating, but Still Together

It’s important to note that the couple was not exactly in a healthy relationship when this fracas started. In fact, they were in the process of separating, but they hadn’t yet moved out. (As if we needed any more evidence that the premise of Splitting up Together is a bad idea.) We don’t know how much snoring contributed to the breakup, but this situation does remind us that most people don’t have the option of just sleeping apart to escape snoring. Many married couples don’t have an extra bedroom–many don’t even have the resources to move out right away when they’re breaking up.

Reportedly, before the couple went to bed on the night of January 22, the husband said, “If you snore tonight, I won’t be responsible for my actions.” Of course, she’s not exactly responsible for her snoring, and, as the court made clear, he was responsible for his actions.

When her snoring woke him during the night, he literally kicked her out of bed and then attacked her. She managed to get away, but he attacked her again. By this point, neighbors arrived and pulled the couple apart. The husband grabbed a guitar and struck her in the head with it several times, giving her an inch-long cut. The woman was then able to escape and contact the police.

The court initially considered imprisonment for the man, but they considered that he had no previous record and had not previously attacked his wife. So the court allowed him to have electronically monitored probation instead. He has to be in his home from 7pm to 7am every night for the next 10 weeks.

Protect Your Marriage, Your Liberty, and Your Person

Snoring is a serious issue in any relationship. People need sleep, and not everyone is lucky enough to have a partner who sleeps through your snoring. If one person can’t sleep because the other is snoring, it creates tensions that can be very hard to resolve. Leaving your snoring untreated sends negative signals to your partner, and it can lead to a separation or divorce. Worse, it can lead to violence as the entire messy breakup can cycle out of control. If you’re the victim of violence, you can suffer serious injuries. And if you’re the one who acts violently, you can face very serious charges, charges that can put you in jail and impact your ability to see your children after the divorce.

Don’t let snoring cause serious problems in your marriage. Even if you don’t see yourself with your partner in the future, snoring can cause problems now (not to mention with any potential future partner), so it’s best to get your snoring treated.

To learn more about effective snoring treatment options in Omaha that can make living together that much easier, please call (402) 493-4175 today for an appointment with a sleep dentist at the Advanced Dental Sleep Treatment Center.