Obstructive sleep apnea is a national health epidemic. This health epidemic impacts not only sufferers, but also society as a whole as the costs to the medical system are borne socially for people who have few resources to pay for care. A new study states that because sleep apnea may contribute significantly to cardiovascular disease, it can lead to significantly increased costs for these people and for us.

The Worst Sufferers Absorb the Most Treatment 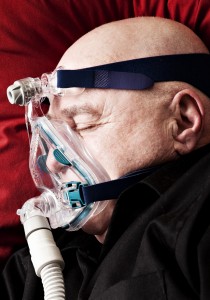 The study looked at the amount of healthcare utilized by sleep apnea sufferers who were untreated or not complying with treatment. Researchers found that the worst sufferers incurred perhaps as much as 85% of the total medical cost for OSA sufferers, which made them postulate that an intensive education plan aimed at these people could significantly reduce risks of cardiovascular disease. They based their conclusions largely on a study of sleep apnea in a Union Pacific Railroad Employees Health System population (which we will discuss in more detail next week). In other words, they concluded that increasing utilization of sleep apnea treatment would reduce overall medical costs.

Unfortunately, the study was unable to come up with a concrete number about the actual economic impact of obstructive sleep apnea because there were not enough studies before them. For reference, a 2011 European study which found that the total cost of untreated sleep apnea related to obesity, what they termed obesity hypoventilation syndrome (OHS) was about €11,320 or $15,314 a year.

A Major Weakness in the Study

One of the problems that researchers in the current study come up against several times is the problem of CPAP compliance in the populations they identify as causing the highest proportion of sleep apnea cost. They say, for example, “There is a need to identify barriers to adherence and to develop interventions tailored to improving CPAP adherence especially in risk-vulnerable populations that are sicker.” However, they never once mention the possibility of CPAP alternative sleep apnea treatments.

While it’s true that oral appliance therapy may not be appropriate for all members of the group, and that it tends to not work as well for the highest-risk population, it still needs to be considered, because it is a viable treatment option that can increase compliance because it is more comfortable, more convenient, and less intrusive.

If you are suffering from sleep apnea, leaving it untreated will significantly increase your medical expenses, potentially as much as $15,000 a year. We can help you find a treatment option that will work for you. Please contact the Advanced Dental Sleep Treatment Center in Omaha today for an appointment.