As more and more studies point out the harmful effects associated with insufficient sleep, people are beginning to take sleep disorders more seriously. Unfortunately, few understand just how prevalent these disorders have become. A recent study suggests that sleeping difficulties have become a major issue for soldiers serving in the United States military, and clinicians are growing concerned about the potential long-term effects that could follow them home. 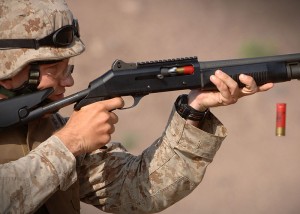 Researchers recently uncovered a disturbing trend amongst active duty personnel, when they found that a “startlingly” high rate suffered from brief sleep durations. While some soldiers owed their problems to circumstantial aspects that prevent long periods of uninterrupted sleep; the study also found that an astounding number suffered from sleep disorders, with more than 51 percent of the study’s participants showing signs of sleep apnea and nearly 25 percent suffering from insomnia.

According to the study’s lead author, Vincent Mysliwiec, MD, although his team expected to see a high occurrence of sleep deprivation amongst active military personnel, they were surprised by how many suffered from sleep disorders.

This revelation should cause concern for soldiers and their families, since insufficient sleep has been linked to serious medical problems, including cardiovascular disease, diabetes, dementia and even certain forms of cancer.

Although no one knows for sure, some statistics suggest that as much as 25 percent of the general U.S. population suffers from sleep apnea. This means close to a quarter of all people endure breathing difficulties that lead to frequent waking.

If you’re one of the many sleep apneics who must endure night after night of troubled, restless sleep, now is the time to reach out for help. We can provide a quiet, comfortable treatment for sleep apnea that will have you breathing easy and sleeping well. Contact his office today to learn more.