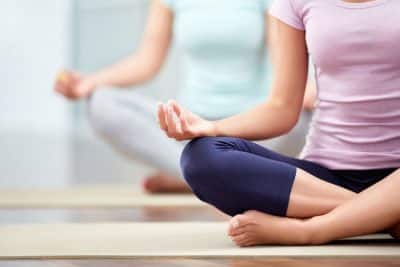 According to a new study, women practicing yoga can significantly improve their insomnia. Insomnia is a common side effect of menopause, as is sleep apnea. Because the two symptoms often are related, it is possible that the study is actually measuring an impact on sleep apnea.

However, yoga did have a significant impact on insomnia, helping people sleep at night.

Could This Affect Sleep Apnea?

Insomnia is a generic disorder, basically meaning that people aren’t sleeping well. In this study, the outcomes were assessed by diaries. Sleepers have a very hard time identifying their own sleep apnea, since apneic episodes occur when sleeping. All they know is that they aren’t sleeping. They may even doze off for short periods of time and be awakened by apnea without knowing they’ve slept.

With uncertainty on all these fronts, it’s hard to know whether yoga would have a positive impact on sleep apnea in perimenopausal or postmenopausal women.

If You Have Insomnia, Get Evaluated for Sleep Apnea and Get Proven Treatment

Because insomnia is a nonspecific condition, it’s important to get yourself checked out for sleep apnea if you think you are having trouble sleeping, wake feeling unrested in the morning, or have daytime sleepiness. Then, if you are diagnosed with sleep apnea, get a sleep apnea treatment that is proven to work, such as CPAP or oral appliance therapy.

If you want to learn more about getting a sleep apnea diagnosis in Omaha, please contact the Advanced Dental Sleep Treatment Center today.