People Can Read Sleep Deprivation on Your Face 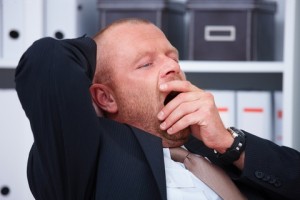 To determine whether people are able to identify the effects of sleep deprivation, researchers in Sweden took pictures of 10 people after a full 8 hours’ sleep and after 31 hours of sleep deprivation. These 20 pictures were shown to 40 raters who were then asked to rate the images for fatigue, sadness, and on the basis of several aspects of facial appearance, most of which were associated with sleep deprivation, such as:

The list also included two control terms: rash/eczema and tense lips, which were designed to distinguish the sensitivity to sleep-related effects.

Researchers showed that the sleep-deprived images were consistently rated higher for fatigue, sadness, and all the characteristics associated with sleep deprivation, showing that people are able to tell when someone has not gotten a good night’s sleep.

The lead author described the results, “Since faces contain a lot of information on which humans base their interactions with each other, how fatigued a person appears may affect how others behave toward them. This is relevant not only for private social interactions, but also official ones such as with health care professionals and in public safety.” The authors attributed the effect to a specialized neuronal network that is designed to pick up on visual cues, including trustworthiness, aggressiveness, and, apparently, sleepiness.

You’re Only Fooling Yourself

If you know you’re not getting enough sleep at night, and you think no one else can tell, you’re wrong. Other people know, and it may affect the way they are interacting with you. And if your sleeplessness is due to sleep apnea, this is just the beginning of the negative effects you may see in your personal relationships, as people tend to lose interpersonal skills as they suffer sleep deprivation.

If you suspect sleep apnea may be behind your chronic sleepiness, we can help you get a diagnosis and find a comfortable, convenient treatment option. Please contact the Advanced Dental Sleep Treatment Center in Omaha, Nebraska today for an appointment.