Recorded Snoring Can Be Used to Predict Sleep Apnea

We all know that snoring is a warning sign for dangerous sleep apnea, and that people who snore should consider talking to their doctor or a sleep dentist about sleep apnea. But what is the point at which snoring really becomes a concern, and when should people see their snoring as a strong indicator that they likely  have sleep apnea?

Because many people with sleep apnea snore loudly, it’s been proposed that loud snoring should be the trigger, but now researchers have proposed that periodic snoring is a better and simpler predictor of sleep apnea risk, and have proposed a new screening test that can be easily used at home with nothing more than a microphone and recording device. 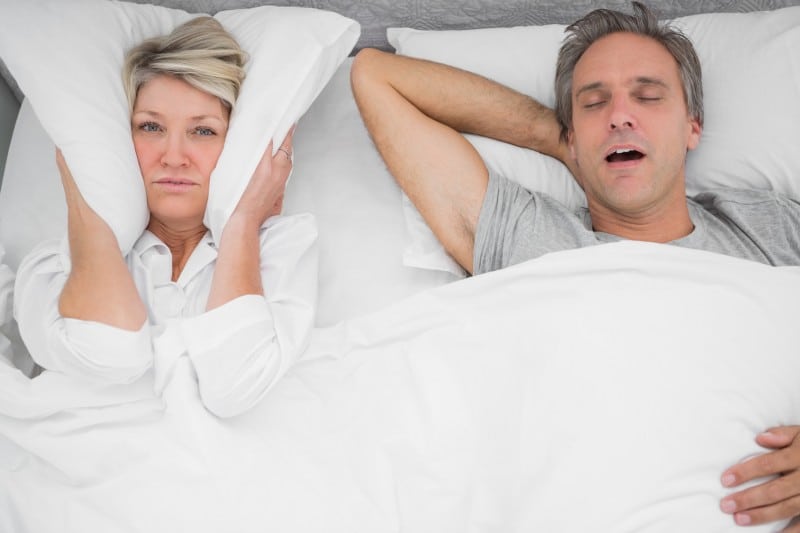 As a simple screening test for sleep apnea, periodic snoring trumps volume. It’s easier to determine how much of a night a person is snoring than it is to determine exactly how loud their snoring is. Measurements of snoring volume can be thrown off by background noise and are very sensitive to the distance that the microphone is from the snorer.

Periodic snoring, though, just has to be able to distinguish snoring from background noise. Whenever snoring is detected, it is recorded and counted against the amount of time spent sleeping.

The primary difficulty is in determining just how much snoring indicates a sleep apnea risk. To determine this, researchers in Finland evaluated 211 subjects, age 18-83 (62% men) who had been referred to their sleep lab for suspicion of sleep apnea. These subjects were evaluated using home polysomnography, which included microphones to record the amount of snoring the subjects had. The apnea-hypopnea index (AHI) for subjects ranged from 0.1 to 116, and their time spent snoring ranged from 1% to 97%. Obviously, they determined that there was a strong correlation between snoring and AHI, although the strongest correlation was among female, younger, and obese subjects.

In order to predict an AHI of >15, researchers determined that the best periodic snoring rate was 15% or more. This had the highest possible sensitivity, 93%, reasonable specificity, 35.1%, and a negative predictive value of 75%–a person found not to have sleep apnea based on the screening was 75% likely to not have sleep apnea. With this screening test, it would be easy for people to use their smartphones to record their snoring and determine whether they were at risk for sleep apnea.

Screening Yourself for Sleep Apnea

Although periodic snoring seems to be a good self-screening method for sleep apnea, the results of this particular study would need to be corroborated and calibrated to ensure that it really works as a screening tool, and that its sensitivity was high enough.

Snoring volume is actually a good rough estimate of your sleep apnea risk. If you’re snoring loud enough to disturb someone else’s sleep, you should be evaluated. You should also be evaluated for sleep apnea if you are waking up feeling unrested, are tired during the day, or tend to doze off when driving or when at work. If you can’t make it through your afternoons without a caffeine jolt, it may be that sleep apnea is responsible. Morning headaches are also a good indicator that you might have sleep apnea.

It’s also worth noting that snoring itself carries with it several risks, in addition to be a source of tension in your household. If you are snoring, you should consider treatment.

If you suspect you have sleep apnea and want to learn more about testing and treatment, please call (402) 493-4175 today for an appointment with Omaha sleep dentist Dr. Roger Roubal at the Advanced Dental Sleep Treatment Center.