According to a new report released by the American Academy of Sleep Medicine (AASM), undiagnosed sleep apnea costs the US economy nearly $150 billion each year. The report estimates that diagnosing and treating sleep apnea in each person could save over ⅔ of that cost, about $100 billion a year. Although many people, such as truckers, aircraft pilots, and insurers, complain about the rising cost of sleep apnea treatment as more people are getting treatment, it is likely that overall we are saving money as we continue to invest in sleep apnea treatment.

And along the way, we are helping people be happier and healthier with lower risk of depression, and better odds of being there for their children. 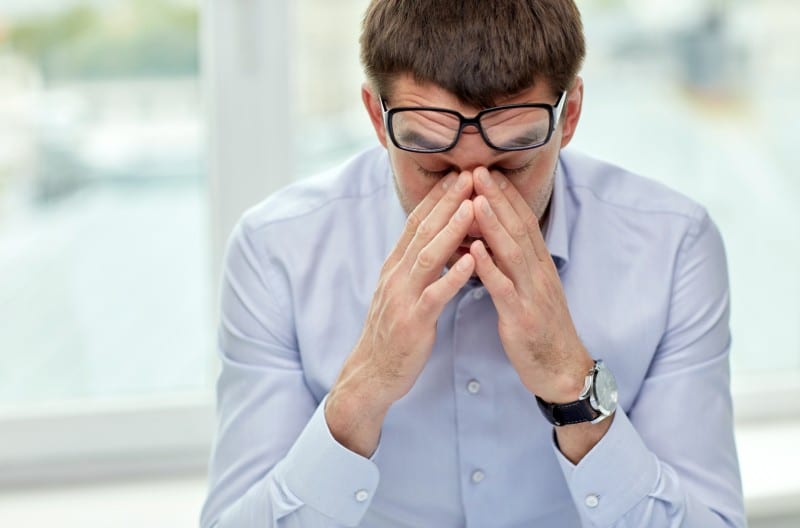 The white paper “Hidden Health Crisis Costing America Billions,” was prepared for the AASM by the consulting firm Frost & Sullivan. It is not strictly a scientific paper, but it is a thoroughly researched analysis of the potential costs associated with undiagnosed sleep apnea, which accounts for 80% of all sleep apnea sufferers, or about 23.5 million Americans.

There are numerous costs associated with undiagnosed (and therefore untreated) sleep apnea. The biggest associated cost is lost productivity related to poor nighttime sleep, lost focus, low drive, poor memory, and daytime sleepiness. This accounts of $86.9 billion of the cost, about 58% of the total.

The next largest category of cost is comorbidities and mental health costs, such as heart attack, stroke, and depression. This accounts for $30 billion a year in increased medical expenses, about 20% of the total costs. Motor vehicle accidents account for $26.2 billion of the cost, nearly 18% of the total cost.

Workplace accidents make up the smallest category of the cost, but are still significant, at $6.5 billion a year, or 4% of the total. This adds up to about $6366 per year per person with undiagnosed sleep apnea.

Researchers then compared the cost of undiagnosed sleep apnea to that of sleep apnea treatment. The costs for treating sleep apnea was estimated at $12.4 billion per year, about $2100 per person per year.

Thus, if every person with undiagnosed sleep apnea were to be diagnosed and treated for sleep apnea, the savings would be something on the order of $100 billion dollars a year.

So Why Aren’t People Getting Diagnosed?

With all the clear benefits to diagnosing and treating sleep apnea: why aren’t we working harder to identify the people with sleep apnea and get them treated? The report identifies four major barriers to diagnosis and treatment.

First, there’s the problem of awareness. Although we are working hard to make sure everyone knows about sleep apnea’s dangers, there is still a long way to go. And even when people know about sleep apnea, they don’t always know that there are other sleep apnea treatments besides CPAP.

And then there’s the barrier of cost. Although sleep apnea treatment is likely to save money over the long term, that’s hard to appreciate when the cost of their sleep apnea is already spent and not linked to a particular condition.

Most importantly, insurance companies haven’t yet figured out how to design their accounting systems to reward the treatment of chronic illness rather than allowing complications to develop.

As we strive to overcome these barriers, we will hopefully develop new approaches to frame the costs and benefits of sleep apnea treatment so that all those currently undiagnosed will get the treatment they need.

Do you suspect you might have sleep apnea in Omaha? Please call (402) 493-4175 today for an appointment with sleep dentist Dr. Roger Roubal at the Advanced Dental Sleep Treatment Center.