What Percentage of Snorers Have Sleep Apnea?

If you’re a snorer, you’ve probably been warned that this could be a sign that you have sleep apnea. Now you’re trying to decide how great that risk is.

Let’s try to add some clarity by looking at the science on snoring and sleep apnea.

Unfortunately, there has not been as much research into this question as we would like. There is one large study that gives us part of the answer. This study looked at the correlation between snoring volume and sleep apnea severity among habitual snorers. They found that 87% of this population of habitual snorers had sleep apnea. 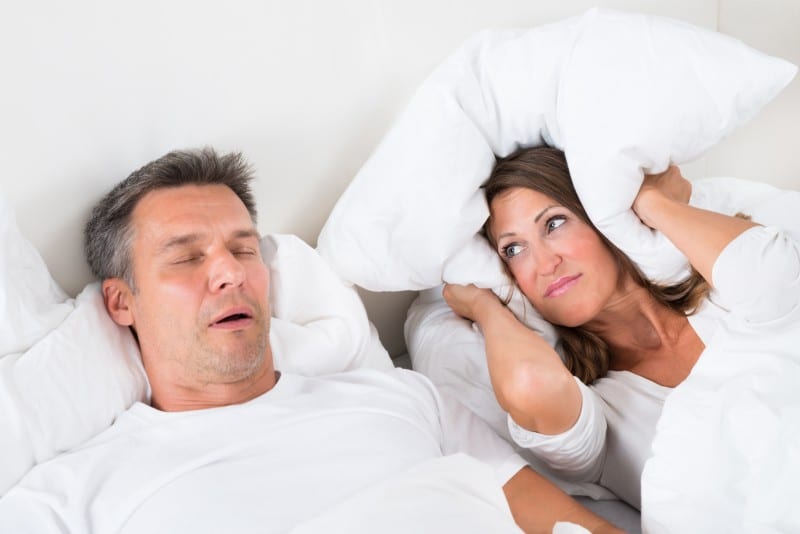 Another study looked at 404 patients who had been referred for home testing with a sleep device. Again, these are snorers who have been preselected to receive sleep apnea testing, but they weren’t classified as “habitual snorers.” The study found that 308 (76%) had some degree of sleep apnea. This is close to our other estimate, and completely independent. Based on these two estimates, it seems reasonable to conclude that about three quarters of snorers have some degree of sleep apnea.

If You Snore, You Should Be Tested

So, if you’re a snorer, we suspect there’s a 75% chance you have some degree of sleep apnea. A three-quarters risk of having a life-threatening condition definitely deserves to be checked out. You should consider yourself at higher risk of sleep apnea if:

If any of these are true, then we strongly recommend you get a sleep study.

If you are looking for help getting a sleep study or finding the right treatment for your sleep apnea in Omaha, please call (402) 493-4175 today for an appointment with sleep dentist Dr. Roger Roubal at the Advanced Dental Sleep Treatment Center.